25-06-2021 – The Chipata Regional Immigration has charged fourteen (14) Ethiopians for entering the country illegally. The illegal Immigrants aged between 15 and 35 years were apprehended on Thursday, 17th June 2021 in the bushes of Magwero Compound within Chipata where they had been resting intending to continue their journey to South Africa, their intended destination. None of the fourteen had documentation legalizing their entry into Zambia at the time of the operation.

A preliminary investigation into their whereabouts was aided by a fellow Ethiopian who was discovered by an Officer with assistance from the Public, whom they had abandoned owing to his weakened state and resulted in Officers executing a thorough search for the fourteen until they were apprehended. They are currently detained at Namuseche Correctional Facility pending court appearance.

Meanwhile, the Ndola Regional Immigration Office on 14th June 2021 secured the conviction of a Tanzanian national for the offence of unlawful return, contrary to section 36(5) of the Immigration and Deportation Act No.18 of 2010 of the Laws of Zambia.  Particulars are that Alamunyeni Alamunyaki (25), a Tanzanian national on unknown dates but between 8th May and 15th May 2021 in Ndola returned to Zambia without lawful authority before his required time outside the country expired. He had earlier been removed from the country on 8th May 2021   after paying a court fine for the offence of unlawful stay.  He appeared before the Magistrate Court in Ndola on 14th June 2021 where he was convicted and sentenced to two (2) years simple imprisonment without the option of a fine. This brings the total number of convictions secured by the Department between 11th and 24th June 2021 to eighty-four (84).

In another development, the Department between 11th and 24th June 2021 removed a total of two hundred and three (203) illegal immigrants from the country, including eighty-two (82) Ethiopians removed on 13th and 22nd June 2021 aboard Ethiopian Airline via Kenneth Kaunda International Airport after serving their prison terms for unlawful entry. Others removed were forty-four (44) Zimbabweans, thirty-seven (37) Burundians, twelve (12) Congolese, ten (10) Tanzanians, four (04) Kenyans, and four (04) Rwandese. Others were three (03) Malawians, two (02) Egyptians, two (02) Namibians, one (01) Lebanese, and one (01) Mozambican.

During this period the Department also apprehended two hundred and fifty-six (256) persons for various offences country-wide. 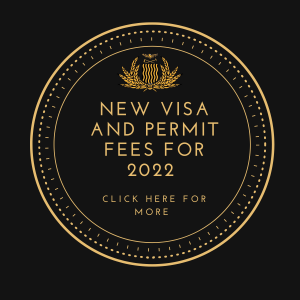