26-04-2021 – A Zambian male in Nakonde has been convicted for the offence of aiding and abetting illegal immigrants contrary to section 46(4) of the Immigration and Deportation Act No. 18 of 2010 of the Laws of Zambia, following investigations by Kanyala Immigration Office. Particulars of the offence are that Francis Kaumba on 7th April, 2021 in Nakonde , Muchinga District knowingly aided and abetted Tanzanian nationals Mwita Matiko and Isa Malwa to enter and remain in Zambia without authority. The 32-year-old was on 21st April 2021 sentenced to pay a fine of K 4,500 or in default nine (09) months simple imprisonment.

Meanwhile, both Mwita Matiko and Isa Malwa were on the same date convicted and  each sentenced to pay a fine of K 4,500 or in default 9 months simple imprisonment for failing to appear before an Immigration Officer.

Similarly, the Ndola Regional Immigration Office has secured the conviction of a Zambian male, Alex Musonda (27) for possession of more than one National Registration Cards (NRCs)  contrary to section 13 (1)(j)(2) of the National Registration Act Chapter 126 of the Laws of Zambia. Particulars of the offence are that Alex Musonda, a Zambian national on unknown dates but between 11th March, 2011 and 18th November, 2020 in Ndola had in his possession two National Registration Cards Number 265199/13/1 in the name of Alex Musonda and Number 529531/61/1 in the name of Alex Mwewa, without lawful authority.  He appeared before the Ndola Magistrate Court on 20th April, 2021 and was handed a four (04) month custodial sentence without the option of a fine. 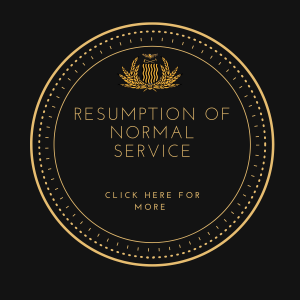